GenerationLibre puts forward a new tuition fee model allowing all students to freely access higher education in exchange for a payback in the form of a percentage of their future revenues stream throughout a certain period of time.

The current French higher education system is free for any student and is financed mainly by taxes but appears to run out of steam. Not only does it lack funding to function properly, but it also generally ranks low by international standards. Our system clearly does not fulfil its supposed aims, providing equality of opportunities and fostering social mobility.

In order to partially address this issue, GenerationLibre suggests a major overhaul of the current tuition fees system charged by higher education establishments. Among the many alternative templates established and experienced all over the word, we have drawn inspiration from the one chosen by the American state of Oregon.

Our proposal’s goal is twofold: promoting justice and excellence.

We therefore suggest setting up a new system of tuition fees allowing students to have free access to higher education in exchange for the payment of a certain percentage of their future salary over a certain period of time (One of our examples: 3% for 24 years).

The amounts paid back by previous students would be collected by tax authorities and deposited in a financial fund specific to each higher education establishment. Each of them would thus independently manage its own tuition fees’ parameters and revenues.

This proposal’s aim is twofold. It would promote justice, as it ensures that these who benefit from this system, i.e. graduates students, are the only ones paying for the establishment they chose while guaranteeing some redistribution effects among graduates. It would also help pursue excellence as these establishments would be incentivized to deliver high-quality education, allowing students to use their study time as a springboard of success. 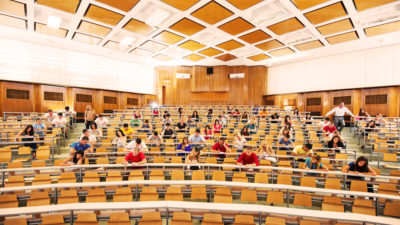 A tuition fees’ revolution – Aiming for a fairer, better higher education system
Download the report
SUPPORT US < BACK
INDEXING