Redefining the work contract in the digital age

The permanent employment contract (CDI), understood as an ‘eternal’ link with the employer, is at the root of our social and legal organisation but is no longer the norm today. The status of the subordinate employee, designed for mass industrial production, has become legally inadequate.

Economic dependence, rather than legal subordination, is now the main distinguishing criterion between workers. A more horizontal management style allows employees to be more and more autonomous. Conversely, many self-employed persons are economically dependent on a single client and thus in a position of ‘quasi-subordination’.

From subordination to cooperation

In order to adapt the labour law to technological upheaval, we suggest to redefine the contract of employment by replacing the concept of legal subordination with that of cooperation, instead of modifying the definition of self-employment.

Because of the digital revolution, the legal concept of subordination must give way to that of cooperation via a reformed employment contract.

It is no longer the hierarchical link that prevails between the employee and the employer but a relationship of cooperation to help the latter to be continously trained throughout his career.

Towards a new worker’s code?

The new laws will have to be drafted in a new compendium – a brand “New code of the worker” – while repealing obsolete provisions in the current labour code.

This reform of the employment contract will have to be accompanied by the implementation of a “personal protection account” for all to ensure the portability of all rights. 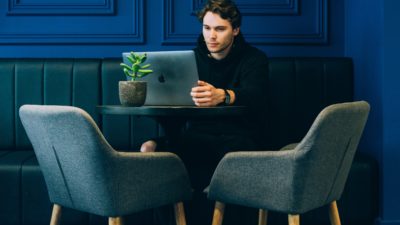